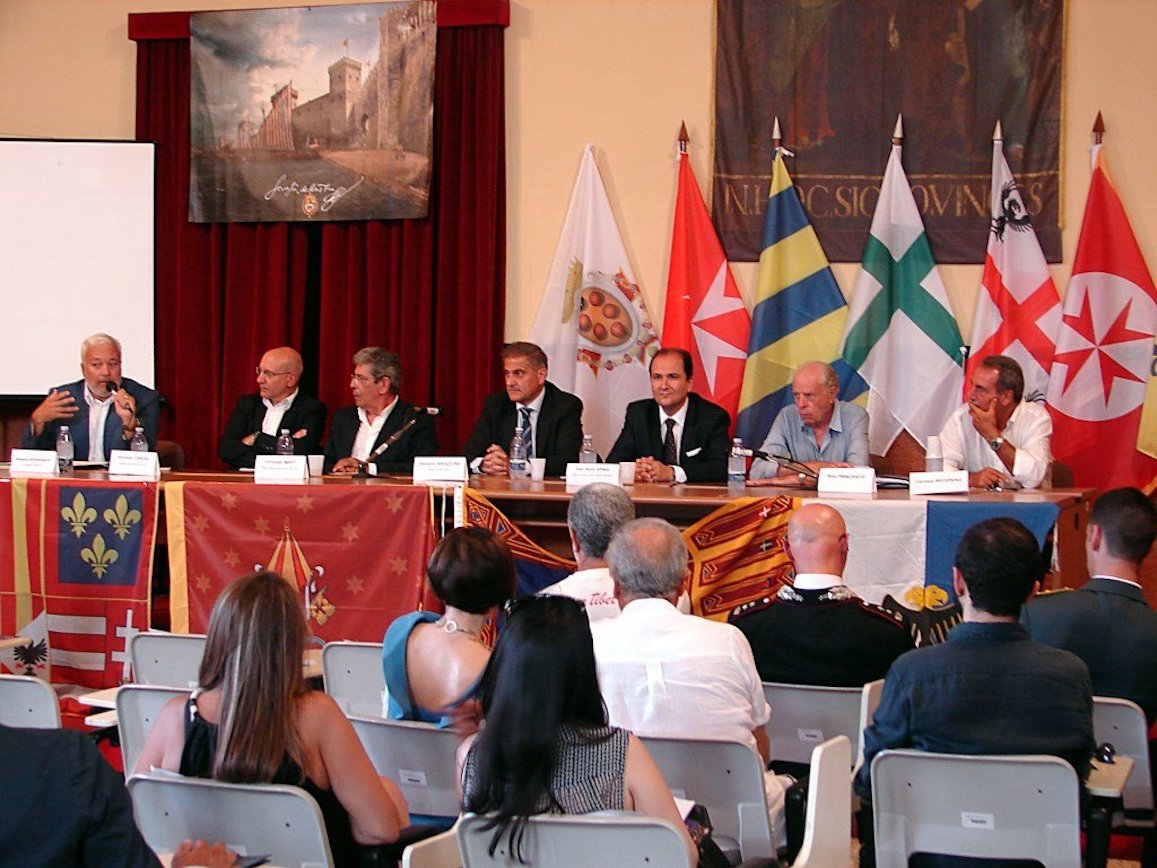 In the European historiography the naval battle of Lepanto of 7 October 1571 occurred offshore of the coasts of Lepanto has a potential resonance and represents a great occasion to the recall of inter-cultural and dialogue values of extreme modernity in the Euro-Mediterranean theatre of the Twenty-first century.

In the last decades, it has been sedimented an unanimous reinterpretation of the event of the battle of Lepanto in a key of multi-cultural approach and of multi-lateral dialogue among populations, in consideration that in Lepanto it has been the direct or indirect participation of the two counter posed formations of almost all the ethnical, linguistic and religious European’s communities of the Sixteenth century.

In a framework of harmonic development  of the Euro-Afro-Asiatic international cultural relations starting from the Basin of the Mediterranean, the barycentre location of Lepanto in primis and of the main partners of this agreement, they constitute an extraordinary toll of strengthening of the European cohesion and of the dissemination of the inter-cultural dialogue in an approach of recovery of the common roots and values of the peoples, in a context of pacific cohabitation.

Unanimously agreed to promote an innovative inter-cultural approach through the valorisation and the promotion of the cultural diversity grounded on the “Heritage Community” according to the principles of the Faro Framework Convention on the Value of Cultural Heritage for Society, signed in 2005 and entered into force in 2011.

The partners of Network “On The Rutes of Lepanto” commit themselves to promote and coordinate a framework of permanent cooperation aimed to develop initiatives and events of bilateral and multilateral collaboration and project proposal related to the material and immaterial heritage of the Battle of and finalized the theme “From Clash of the Meeting”.